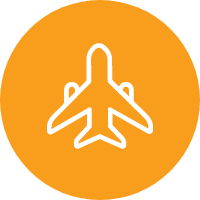 (a) "Card" means the AirAsia Credit Card issued by the Bank (with the AirAsia brand) and includes a supplementary card, if applicable.
(b) "Card Account" means the account of the Principal Cardholder with the Bank, opened in respect of the Card.
(c) "Principal Cardholder" means the principal Cardholder to whom the Card is issued by the Bank.
(d) "BIG Loyalty" means Big Loyalty Sdn Bhd (formerly known as Think Big Digital Sdn Bhd (Company Registration No: 924656-U) the owner and operator of the BIG Loyalty Programme and an affiliate of AirAsia.
(e) "BIG Loyalty Programme" means the frequent flyer programme owned and operated by Big Loyalty whereby Cardholders can earn BIG Points for spend on the Card.
(f) "BIG Account" means the BIG loyalty membership account to which BIG points are awarded and accrued.
(g) "BIG Member" means any person who is recognized by BIG, in its sole discretion as a member of BIG.
(h) "BIG Points" means the points awarded to a BIG Member as part of the Card benefits.
(i) "AirAsia" means AirAsia Berhad (Company No.: 284669-W).
(j) "Merchant" is an individual, firm or company engaged in the business of selling and providing goods and/ or service.
(k) "Card Anniversary" means the anniversary date of the issuance of the Card.
(l) "Programme" means the AirAsia Credit Card programme (a co-brand partnership between Bank and AirAsia) and includes any variations or amendments to the same as may be made by the Bank and AirAsia from time to time, at its discretion.
(m) "Retail Transactions" or "Retail Spend" mean, for the purpose of this Programme, the purchase of any goods or services locally or overseas which have been effected with or charged to the Card but shall exclude:

(n) "RM" or "Ringgit" means Ringgit Malaysia.
(o) "Supplementary Cardholder" means the person to whom a supplementary Card has been issued by the Bank upon application by the Principal Cardholder.
(p) Unless the context otherwise requires, words and expressions respectively defined or construed in the Agreement shall have the same meanings when used or referred to herein and words referring to the male gender shall include the female gender and words referring to the singular number shall include plural number and vice versa.

3. To be eligible to earn BIG Points for Card spend, the Principal Cardholder must be a registered BIG Member under the BIG Loyalty Programme and have a valid BIG Account including the fact that the Card Account must be valid/ active, in good standing, not be in delinquent status and must not be in breach of any of the Card Terms and Conditions (including terms and conditions of the Big Loyalty Programme) and the terms and conditions of the Agreement. Eligibility will be revoked if the Principal Cardholder has committed or suspected of committing any fraudulent, unlawful or wrongful acts in relation to the Card Account and/or other facility or services provided by the Bank.

6. BIG Points will remain valid for a period of thirty-six (36) months from the date of the last activity and will automatically expire at the end of the thirty-sixth (36th) consecutive month for which the Cardholder / BIG Member has not earned or redeemed any points.

7. BIG Points are awarded to the eligible Principal Cardholder based on the total posted Ringgit amount of Retail Transactions made with the Card and accumulated on daily basis on per transaction basis and rounded down to the nearest BIG Points in the following manner:


8. Bonus BIG Points are awarded to the eligible Principal Cardholder in the following manner:

19. In the event any Retail Transactions are required to be reversed or cancelled on the Card which shall be determined at the sole discretion of the Bank without incurrence of any liability by the Bank, the Bank reserves the right at its sole and absolute discretion to debit the Principal Cardholder's Card account for the BIG Points earned from the Retail Transaction which is required to be reversed or cancelled based on such conversion rate as the Bank shall in its sole and absolute discretion determine, if the BIG Points earned from the said Retail Transaction have already been redeemed by the Principal Cardholder.

21. AirAsia Platinum Principal Cardholder will be automatically upgraded to BIG Frequent Flyer Platinum status ("FFP Status") for the first Card membership year. FFP Status for subsequent years shall be subject to a minimum annual Retail Spend of RM20,000 or any other terms and conditions as imposed by BIG Loyalty from time to time at its sole and absolute discretion.

22. Privileges offered for FFP Status will be solely determined by AirAsia and/or BIG Loyalty. The Bank will not be responsible or liable to the Principal Cardholder for any acts or omissions by AirAsia in connection with the BIG Loyalty Programme where not due to the fault or action of Bank.

24. The terms and conditions in this document shall be governed by and construed in accordance with the laws of Malaysia and Cardholders agree to submit to the jurisdiction of the Courts of Malaysia.

26. The Bank's decisions on all matters relating to the Programme, including the determination of the BIG Points are final and binding.

27. AirAsia and Big Loyalty shall bear no responsibility and shall not be liable for any damage, loss (including but not limited to direct, indirect and consequential loss), liability, injury or disappointment incurred or suffered by the Cardholders in connection with or arising from the consumption or acquisition of a product or service acquired through the Big Loyalty Program or in respect of the earning of AirAsia BIG Points. The decision of AirAsia and/or Big Loyalty in relation to every aspect of the BIG Loyalty Programme benefits shall be deemed final and conclusive under all circumstance and no complaint or dissatisfaction from any Cardholders will be entertained.

Our Customer Happiness Team is available from 8am - 5pm (Mon - Fri) for your questions.

Our Customer Happiness Team is available

Next Next
Next
I'm flying one way
Next

Operated by AirAsia Berhad and Think BIG Digital Sdn Bhd. Use of this webpage is subject to and